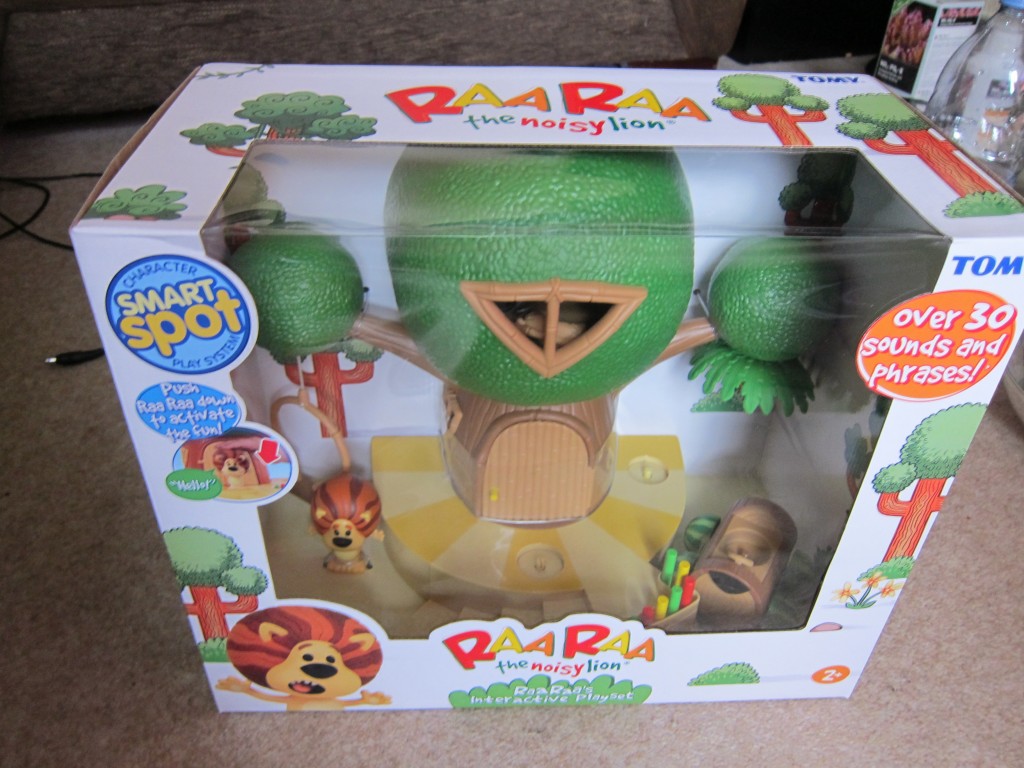 Marky is a massive RaaRaa the Noisy Lion fan, the catchy theme tune is sung by him daily, and since meeting his idol it has only increased his love for him… So when we were sent through RaaRaa’s Treehouse Playset to review, I knew Marky would put it to the ultimate RaaRaa fan test. Opening up the box we found the treehouse is actually complete, no added assembly required. There is a few accessories which come seperate, such as the ladder, but this adds to the fun of the set. You don’t get batteries included, and it does require 2 x aa to get full sound effects of the 30 sounds and phrases.

The sounds and phrases work with the ‘Smart Spot’, where you out a character on the spot and it says one their own phrases, this means that if you have other characters (like Marky has Hufty) then putting the different characters on the spot mean the correct voices are there dependant on who is put there, very clever stuff! But the play value of this set doesn’t end there, Marky loves using the working swing which you can put the characters on for a ride, as well as the special spot where you can put RaaRaa and the palm leaves rises making the Cubby Buddy move! Marky has also found the palm leave great fun for playing with the characters too, as they sit on there and get a ride up!  The Cubby Buddy can be used separately too, and provides plenty of fun on its own. Marky loves using the door you role play out with RaaRaa, there really is loads of play value with this set. The bed and chest that come included really do set his imagination alight! A really worthwhile toy for a RaaRaa fan!

Back to top
mobile desktop